The future is fucking boring 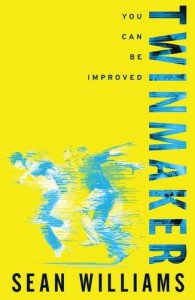 This book is based on a theme that centers on the ethical and moral uses of technology, an interesting debate---unfortunately, it does so at the expense of an actual plot and compelling characters. This book is all action and no suspense. It is far, far too long for what it has to offer. I was ready to give it up at 30%, but I clung on in the hopes of something happening that would capture my attention.

I hoped in vain.

This book is very, very much action-based, and not much else. Despite all the action, despite all the running away (or rather, motorcycling away and teleporting away), despite all the supposed intrigue and terrorism and murder in the name of social justice, I found myself yawning through it. The characters were so completely dull, the main character's overreaction to her friend's supposed Improvement was over the top, and the overincorporation and hyperinflation of today's current social media technology in a futuristic society all added up to a book that is fast-paced, action-packed, but which left me with absolutely no fucks left to give to any of the characters or their fate. You could kill off the main character and I wouldn't blink an eye. I'm just THAT unattached.

I don't exactly hate the main character, but there wasn't much about her to like, either. I couldn't feel her motivation, I didn't know what drives her, I didn't feel like anything about her is outstanding in any way. Her friendship with Libby seems false, and Claire, although nice and willing to go to a great deal to "help" her friend, feels like a passive-aggressively nice character because Libby is so overwhelmingly bitchy in particular. Libby and Claire are supposed to be best friends, and I feel that Libby is demonified at the expense of making Claire to be a big, beautiful, holier-than-thou character who is willing to put up with SO MUCH in order to help her ungrateful best friend who doesn't deserve our sympathy.

The Themes: I feel like the author takes our fear of technology and amplifies it. We all know about how social media is taking over our lives. In the past 10 years or so, we've seen Facebook/Twitter/Instagram...you name it, take over our lives to an extent that I can barely read a book on my ebook reader without getting an ad relevant to my interest, or surf the internet without seeing popups with my friends' current tweets/status updates anymore. The world building is based on that, and I think it is well done in the context of playing upon current concerns. It also questions the implications of future technology, of transportation, how a person can be disassembled and reassembled at an atomic level, and whether or not we're the same person at the end of it. I thought this was well done, but the execution is the main point here. The themes are interesting, but it didn't work in the context of the book, particularly given how things worked out. It just doesn't make any fucking sense overall.

Summary: Be afraid, be very afraid. The future is Star Trek's "Beam Me Up, Scotty," + Facebook/Twitter. There was some vague event called the "Water Wars," and we ran out of resources, next thing you know, technology runs everything. We can be teleported to anywhere in the world within the blink of an eye. Everyone and their mother has these Google Glass technology embedded into a contact lens worn in the eye. We have a list of friends, we have status updates, we have "infields," that I surmise is like an email inbox only if notifies you of everything that involves you. Sorta like when someone tags you on a social media site? So: future = Facebook. Needless to say... You have status updates all the fucking time. In a sense, the future is already here.

Teenagers of the future get their kicks through holding random raves in the weirdest of places, and those who find the weirdest of places are the most popular in the social rankings! Our main character Claire, her bitchy-best-friend Libby, and Libby's boyfriend Zeppelin (Zep) (with whom Claire is secretly in love) are crashlanders. Their goal is to find the most awesome place ever to have a party, and before they know it, Claire and Zep are caught in a compromising position and thanks to social media, the entire world knows about it. Libby gets upset and somehow claims to use a meme (yeah, a meme -_-) called Improvement in order to beautify herself. Something goes wrong (but we don't know how) and Claire sets out to help Libby (but we don't know why) despite the fact that there's no evidence whatsoever that Libby actually did the fucking meme.

So Claire goes off on her mission to save Libby (again, without any proof) and soon gets herself involved in some terrorist plot to free the world from the evils of technology---despite the fact that this technology saved the world from extinction and starvation.

The Plot: Overlong and an extended clusterfuck of a mess. There was little to no relevance to the first part of the book (mountaintop raaaaaaave, man!). There was way too much transporting around (d-matting) and running around and motorcycling across the country. There were too many side characters involved for me to care about any of them and for any of them to actually make an impact on my mind because of their lack of personality and character. The romance had little to no part to play in the whole mess, and I can't even complain about the questionable and inexplicable romance and the love triangle because it was so shabbily done. This book was 352 pages, and about 200 pages too long, if you were to take into consideration the relevant parts of the plot.

The World Building: This is the hardest part of my review, because it both works and doesn't work. It is both extremely vague and overly detailed, to a point of being extremely technical. Yeah, I'm confused too. The past is, as with most YA dystopians, combined into one vaguely apocalyptic event known as the "Water Wars." Same old, same old. The sea level rose. Hundreds of millions of people died, starvation is at hand. All of a sudden, BAM! D-Mat technology comes in to save the day. There are a lot of technology and created technology terms in this book. We have d-mat, we have fabbers, we have VIA, we have the Air, we have EITS feeds. D-mat technology saved humanity.

Hundreds of millions of people had died of starvation and disease until d-mat had literally turned the tides, stripping the world of its poisons and feeding the billions by reorganizing the atoms, turning the bad into good. Now, with powersats high above the Earth beaming down limitless power and all the excess carbon dioxide sucked out of the air, there was no need for fairy stories. It wasn’t Magic Mayflies at the heart of d-mat but everyday machines that analyzed travelers right down to the smallest particle, transmitting the data that made them them to their destination through the Air and rebuilding them exactly where they wanted to be, exactly as they had been before they left.

People can be transported anywhere in the world. Food can be created with the push of a button. The fabber machines fabricate food, water, clothing, anything anyone could ever need. Jobs are largely extraneous now. Nobody needs to work anymore, since the supply of food and materials is limitless, thanks to technology. Growing food, cooking food, etc. is unheard of, and limited to the people called "Stainers," or Abstainers, who believe that technology is the root of all evil. They form a terrorist group walled WHOLE, that seek to overthrow technology. The very same technology that saved the Earth. Claire joins them. What does this have to do with Libby and Improvement again?

You know those chain mails (and later, chain emails) that people send out saying "YOUR DOG/MOTHER/GRANDFATHER/COUSIN THREE TIMES REMOVED WILL DIE A BLOODY DEATH UNLESS YOU TURN AROUND IN A CIRCLE COUNTERCLOCKWISE FIVE TIMES UNDER A WAXING MOON AT DUSK WHILE CHANTING "OM PADME NUMA NUMA YEI" FIFTEEN TIMES WITH ONE EYE CLOSED?" Improvement is sorta like that. I kid. But not really. It's a meme that you follow to the exact direction, and it's supposed to change the way you look. It's just a mess in the context of this book, and it would have worked better if the plot were not so interspersed with so many plotlines and various conspiracy theories overall.

The technology themselves, like the transportation system, was fairly well explained, but very technical sometimes. I have to commend the author on the explanation of the technology that actually makes some sort of sense. The fact is, there's a lot of it, and it seems largely extraneous as backup to a plot that just leaves me bored.

“Kind of. If the first AI, the conductor, is the one that checks your ticket as you get on and off the bus, then that makes the second AI the driver of the bus. Its job is to get you safely to your destination without being duplicated or erased or sent to a booth that doesn’t exist.
“These two AIs, conductor and driver, are bound by a principle similar to the laws of physics: that in a d-mat booth, unlike a fabber, matter can neither be created nor destroyed. Even though both happen at opposite ends during the jump, it has to look as though it didn’t.”

I'm done here. This is a very complex world, and overall, the world building, however interesting, doesn't really make any fucking difference when the entire book just bored me all out.