Why do I do this to myself? 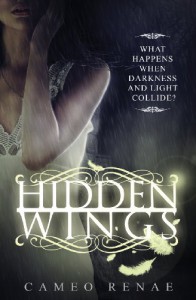 “What’s wrong with me?”
She laughed. “There’s nothing wrong with you sweetheart. You are one of a kind, and there is not one other like you.”

Fuck special snowflakes. Fuck insta-loves. Fuck heroines who do jack shit but to call upon their knights in shining armor to save them. Her fucking destiny? One of a kind. Bullshit.

There is an age old prophecy which tells of the one that will be born of Angel and Abomination. A child that will have the power, greater than the angels. A power that can bring change, and save the earth from total devastation.

Fuck heroines born to a special destiny who do absolutely fucking nothing to deserve it and nothing to fucking earn it. I'd rather read about Paris Hilton. Emma whines. She is petulant. She is immature. She talks like a 13-year old addicted to social media and I am just through with idiotic fucking helpless fucking heroines who claim to be the savior to the human race.

There are Darklings in this book. Fuck that shit. Go read Siege and Storm if you want a half-decent Darkling character. This book is a joke.

The phrase trigger-happy would also be perfectly applied towards the "Request" button on NetGalley. You browse through all the available books, and before you know it, you're breathing heavily, with a crazed gleam in your eyes, sweat forming on your brows, clicking with wild abandon, not knowing what the fuck you just got yourself into. This would be one of those situations. Man. I hate myself. I wish I had never gotten approval to review this book.

Some YA books are wonderful, they can be read by people of all ages, they can be enjoyed by a wide range of audiences: this book is not one of them. It is best enjoyed by those who:

a) doesn't want to inject the tricky process of thinking into their reading experience
b) are between the ages of 9-12 (with exception to the emotionally mature ones of this age group). The vocabulary will not give this age group any trouble whatsoever.

O, Editor, Where Art Thou? I have read fanfiction that were better written than this book. I had to stop and wonder at one point if this book had ever been corrected by an editor, or whether an editor even so much as sneezed in its general direction. A generous person might call me nitpicky, a not-so-generous person might call me a grammar Nazi. My inner grammar Nazi was on full swing throughout the reading of this book.

I have never read a book with so many errors. Grammatical errors, misspellings, mistakes in punctuation. The book is ridiculously inconsistent on capitalization, the word aunt is uncapitalized in some instances, capitalized as Aunt in others. Errors in spelling abounds, for instance, a border is spelled as "boarder," branches are "braches," copacetic is "copasetic." And then there are the terrible word usage, like "aloneness" instead of loneliness. God save us all.

There was a grievous crime committed against the comma in this book. Commas were used where they shouldn't be, creating odd breaks in sentences that pissed my inner editor off like you wouldn't believe. For example:

The once beautifully, quilted fabric of my life was quickly unraveling into one giant, tangled mess.

And commas were omitted where they were needed. For example:

“What’s your name child?” he said in a very kind voice.

These are but a few of the multitudinal errors within the book.

And, oh, my god, the stupid fucking things that come out of Emma's mouth...

I slowly walked pass all the shelves, examining the books, art, and what looked to be ancient relics. Some of these things looked like they were dated way back, like as far as A.D. and maybe even B.C.

The Writing: The writing is utterly juvenile, purple prosy in places, and completely overdramatic in others.

And then it slammed me - reality did - like a Mack truck hitting me at full force. A shattering pain surged through my heart, quickly spreading like a brush fire, torching everything inside of me.

The main character is 17, and I understand that there may be some 17 year olds who are completely idiotic and immature in their way of talking, but I've been fortunate not to meet any in real life. The dialogue in this book is utterly laughable, and the internal dialogue even more so.

The belt was filled with large ammo and what looked like...grenades??? Oh my God!!!

The Summary: Emma wakes in the hospital. It is her birthday, but alas, she has been left an orphan (not the fucking orphan trope again, please, won't someone think of the parents in YA fiction?). It was a devastating car crash of which Emma remembers nothing. Emma is a miracle.

It was a complete miracle that you survived.

Her wounds heal miraculously fast, to go along with the miracle theme of the day. She miraculously remains almost unharmed. Out of nowhere, an unknown aunt (or Aunt, in some cases, fuck you, editor) swoops in to save her from the foster system. Emma is going to Alaska to live with her half-aunt. ALASKA! Ohmygod ALASKA. It's so far north. It's so cold! There is a horrible lack of hot men!!!!!!

I was going to Alaska, for heaven’s sake. I’d never heard of any hotties from Alaska. All I pictured were big, scruffy men in red flannels with facial hair.

And the bears! And the moose! And not to mention all the criminals who live in Alaska!

"You can get lost easily over there. I heard that people, criminal types, move there to escape justice...you know...lots of places to hide. So you’d better be careful, Emma. Don’t go out alone at night. And, watch for bears…and moose that have babies. They will charge at you if you get too close."

An electrical current surged through my veins, and the same euphoric feeling, which I’d felt earlier, shot through me...intensified times ten.

His physique was statuesque, but his skin was pale…almost colorless. I assumed it was because he came from Alaska. No sun for half the year. That had to explain it.

All that was missing were vampires and werewolves. Wait…Vampires? Kade sure looked like a vampire with his pasty white skin.

No, seriously. Is he a vampire?

“I mean, you look human to me, but I’ve seen you do inhuman things.” I waited for him to answer, but he didn’t say a word. “Are you a vampire?”
He suddenly burst into a laugh. “No! Vampire? You seriously thought I was a vampire?”

Lol. No he's not. But seriously, are there vampires? Emma really wishes for vampires.

“Well… what about that thing that almost killed me in the bathroom? What was that? It looked like a vampire. Was it…a vampire?”

FOR THE LAST FUCKING TIME. NO.

Sigh. They get to Alaska. More sparks fly between Emma and Kade. Electricity literally sparks between them whenever they touch. It's not just a figure of speech. They spend time getting to know each other. They make friends with the other members of the house, all of whom are gorgeous fucking men, I mean, talk about raining men. 5 gorgeous guys, all ripe for the picking, and the only fellow female is a girl of 13, so young she doesn't even pose a threat.

Out of nowhere, Emma is plopped into danger. The other guys fight like badasses. Emma's an albatross in a battle. She can do nothing but stand there and wail. Her weapons of destruction are her words, and my oh my, what brilliant words they are:

“Damn, you stink and you’re freakin’ ugly. Poor God must have hurt his back trying to bend and scrape the bottom of the crap barrel to create you.”

This is the girl who is humanity's salvation. God save us all.

The Special Snowflake: Emma is a miracle. She's got AB- blood type, a blood type that only appears in less than 1% of the population. An only child. There is nobody on earth left in her family. Until her "aunt" shows up out of nowhere, Emma thought she was alone in all the world. She heals supernaturally fast. She is special. Ever so special.

“I know that right now you don’t feel like there’s anything special about you, but you are very special, Emma.

Did I say she's special? Yeah.

“You are a special breed Emma. There has never been another like you.

“You’re very perceptive, Emma Wise. I’ll give you that...but then again...I guess you aren’t like most people”

During battles, what does she do? Does Emma fight? Does Emma stand up for herself? Does she become a warrior? Is she heroic? No. Emma stands back like a fucking pussy. She stands "frozen with fear," she is filled with "pain and helplessness". She waits for Kade to fight for her, to come to her rescue. Kade is her "real-life knight in shining armor, determined and unwavering in his responsibility to save [her] life." Fuck that shit. I'm out.

The Romance: Do I need to say anything further? The romance in the book makes Bella and Edward sound like a timeless story of love eternal. There is literally nothing between them but insta-love and insta-lust and surges of "electricity" and numerous instances of euphoria that develops into love out of fucking nowhere. Euphoria that hits in between life and death. Because surely, love must interrupt the most dangerous of situations.

He suddenly threw his body on top of mine.
BAM!
The explosion of the Hummer sent shockwaves through the trees, and sent fiery shrapnel shooting everywhere. Flames and smoke bellowed from the wreckage, which had flipped onto its side.
I was overwhelmed with the feelings of warmth, and the euphoric pleasures brought on by his closeness, even more so now that his body was hard pressed against mine. He was gorgeous, and he was on top of me.

There is no interaction between Kade and Emma whatsoever that hints at anything more than a superficial acquaintance.

The book ends with the phrase: "God help us." Indeed.

I received this book as an Advance Review Copy.

fuck this book why do i hate myself